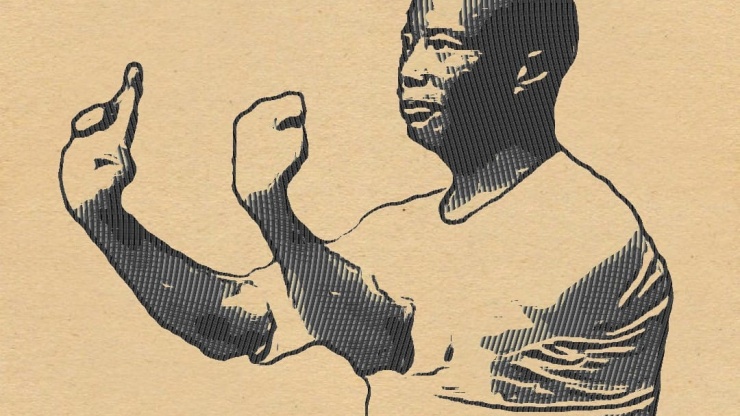 Grandmaster Lam Sai-wing (1861 – 1943) was the most famous Hung Gar kung fu master in Hong Kong history, and his legacy now reaches to all points of the globe. Grandmaster Lam was the first Hung Gar expert to make information on his art available to all, and broke new ground when he published three classic books on the style.

Born in the Nanhai district of Canton/Guangzhou, Lam Sai-wing was a life-long kung fu practitioner, following different masters before finding his ‘heart teacher’ in the form of Wong Fei-hung. He followed Grandmaster Wong loyally for the rest of his days. When Grandmaster Lam Sai-wing moved to Hong Kong, he ensured that the name and reputation of Wong Fei-hung was known throughout the then-Crown Colony.

Grandmaster Lam had operated his own kung fu school in Canton/Guangzhou. A pork butcher by trade, Lam went by the nickname ‘Chu Juk / Pork Meat Wing’. In the mid-1920s, Grandmaster Lam Sai-wing was invited by the Hong Kong Butcher’s Association to teach kung fu to its members. He subsequently relocated to the city, where he opened a kung fu school and apothecary at the Blue House in the Wanchai District.

In the wake of his passing, the Lam family have continued to bring fresh fame and respect to the Hung Gar handed down to them by this truly great man.