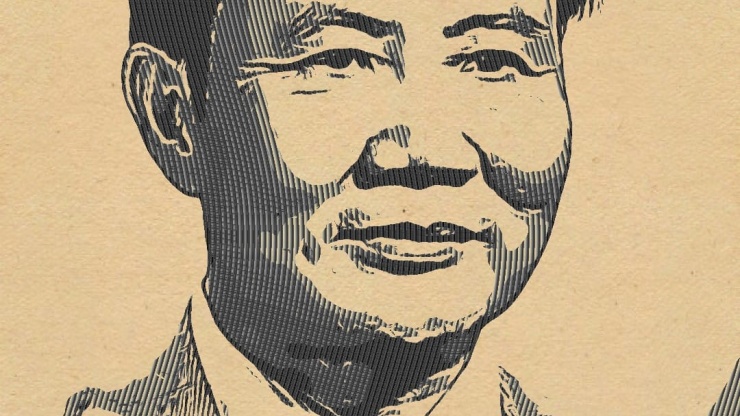 Tang Kwok-wah (1924-2011) was the adopted son of the great Lam Cho, and one of his closest students. He relocated to the United States in the early 1970s, and was a key figure in the development of Hung Gar on the East Coast. Before leaving Hong Kong, Grandmaster Tang trained a generation of great Hung Gar experts, and his disciples now share the art on both sides of the Pacific.

Grandmaster Tang began training with Lam Cho in the early 1930s, at the age of 8. As Lam’s adopted son, he was trained to a high level of excellence. During live demonstrations, Lam Cho’s eldest son Lam Chun-fai and Tang Kwok-wah became famous for their performances of Hung Gar’s two man fighting sets, and for their Lion Dance displays. Tang Sifu was eventually, in 1963, given permission by his master to open his own school in Hong Kong. His students there included Mak Che-kong’s teacher, Grandmaster Chan Chi-keung.

In 1973, Tang Kwok-wah accepted an invitation to visit Boston, Massachusetts, and went on to make the American city his home.  Tang’s student, Yon G. Lee Sifu, established a kung fu club at the prestigious Harvard University. Another of the student’s Tang Kwok-wah taught in America, Winchell Woo Sifu, opened a school in Quincy, Massachusetts, which remains active to this day.

Tang Sifu passed away in Quincy in 2011, just a year after his beloved adoptive father and teacher died.